The Lost Summer and Fall Reprieve (and Meeting Lucas!)

After our Gem Lake backpacking trip, we had high hopes for getting out into the wilderness more as sort of escape from the day-to-day realities of the COVID-19 pandemic. But nature, and the reality of climate change, had something else in mind altogether, as the 2020 wildfire season set in almost immediately. 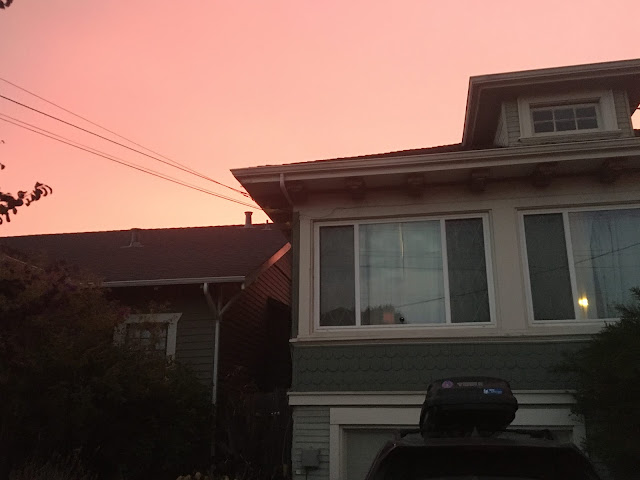 Smoky, hazy skies (and poor air quality) became a regular occurrence August–October 2020. We were forced to cancel many camping trips and attempts to go backpacking. 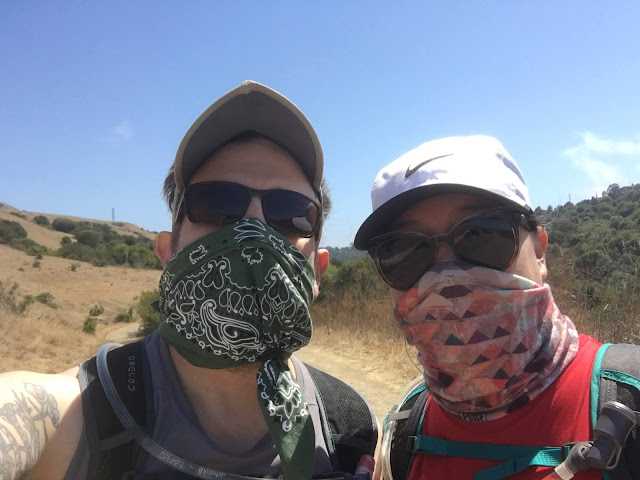 We tried to take whatever clear days we got to get out of the house and onto the trails.

While closely monitoring the air quality, we were able to sneak in a day trip in September to cruise some of the beginner-friendly bike trails at Fort Ord National Monument, near Monterrey Bay. 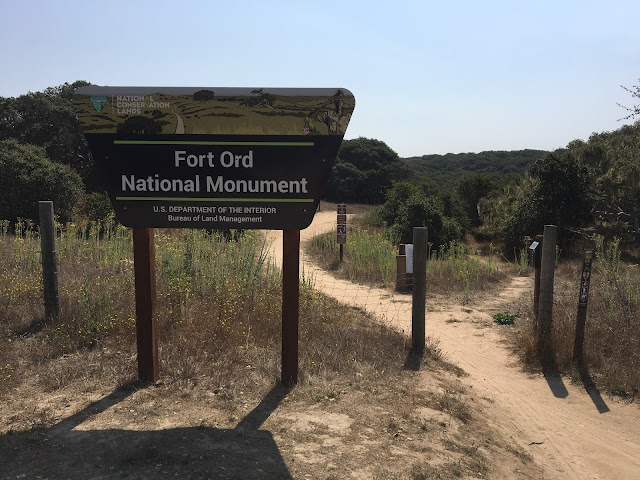 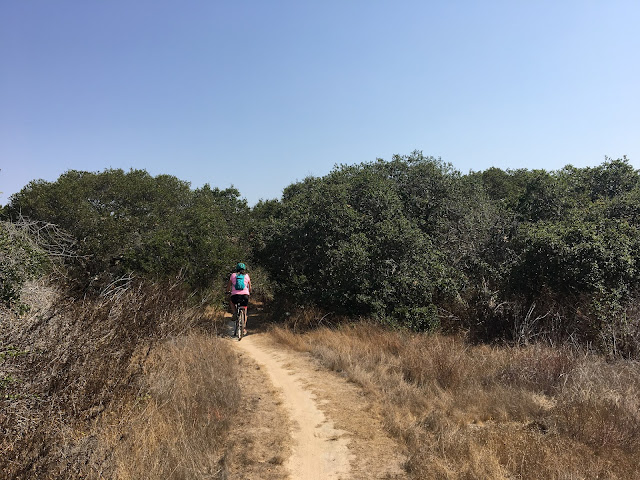 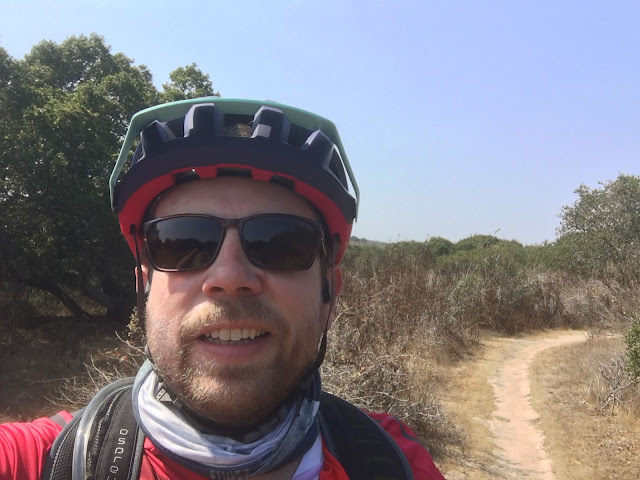 While we had days with much, much worse surface-level air quality, the "orange sky day" of September 5 was an emotional low point for us (and probably many others in the Bay Area). It was a dark, surreal moment in a dark, surreal year and instilled a sense of foreboding for the struggle with fire and drought in coming decades. 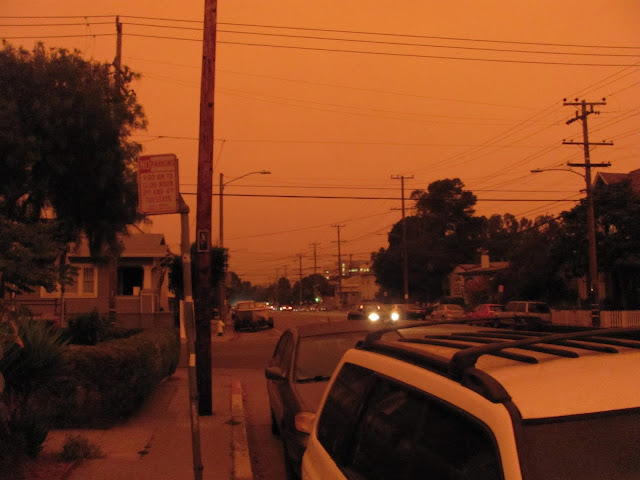 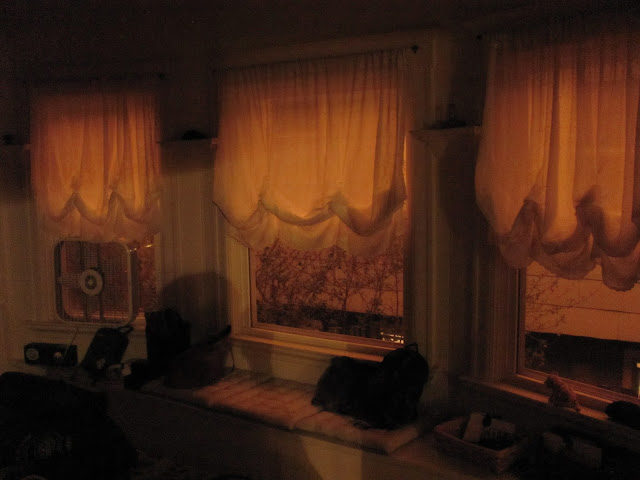 It was like night inside the house. Lights were needed where they normally wouldn't during the day. 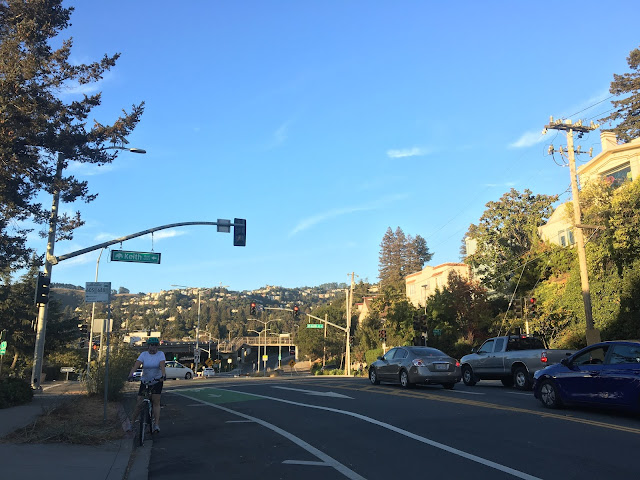 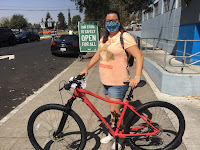 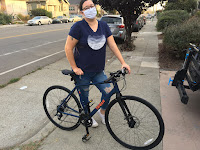 After her ancient hybrid gave up the ghost, Amber decided to replace it with two more capable and  specialized bikes!

As the air started to clear a bit more often, and more reliably, in October, we took the opportunity for a little weekend escape to Tahoe. Staying in a hotel for the first time since the start of the pandemic was a bit nerve-wracking, but taking a long weekend to hike and bike the paths and trails was much needed. 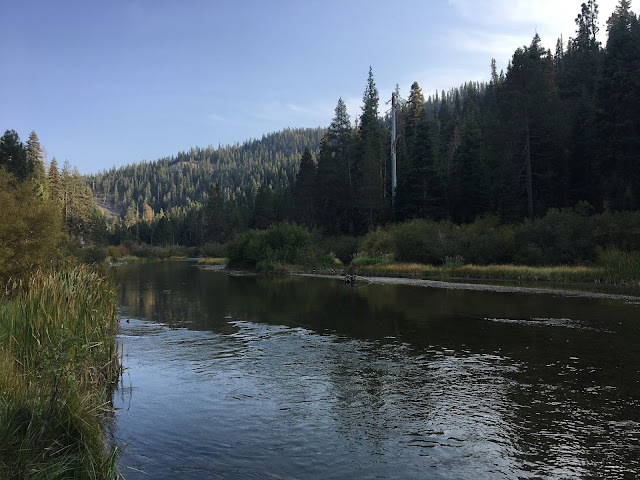 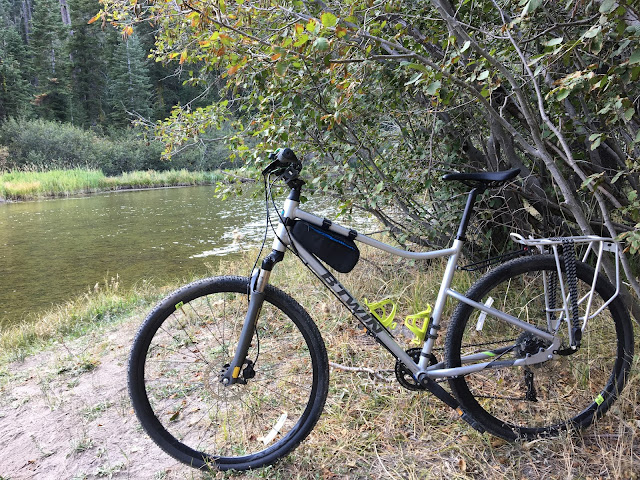 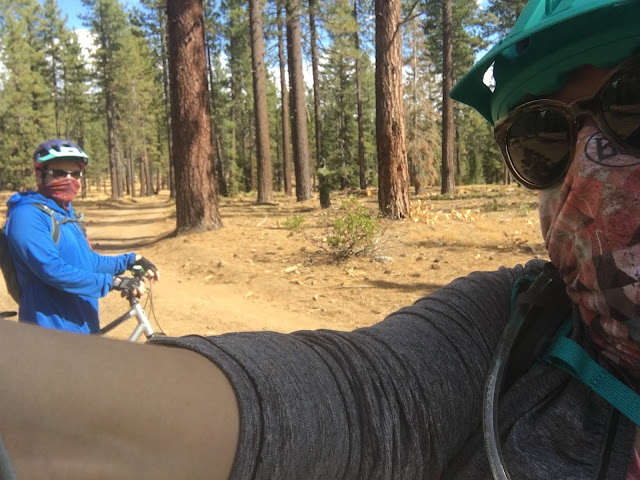 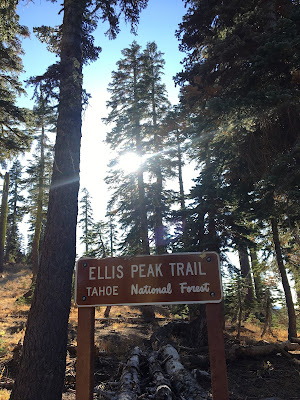 Time for a hike! 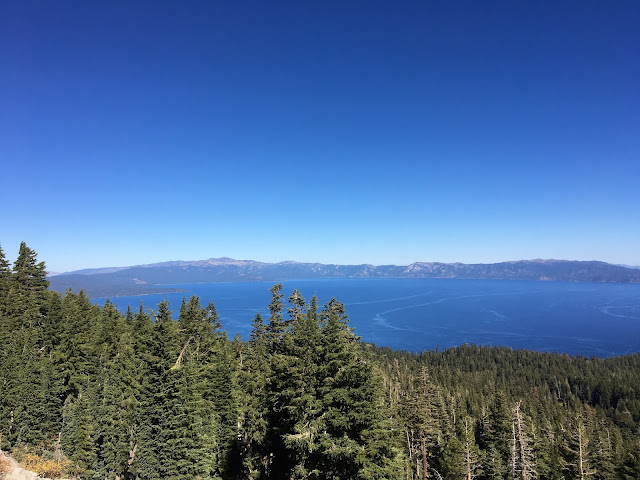 Views from near Ellis Peak. 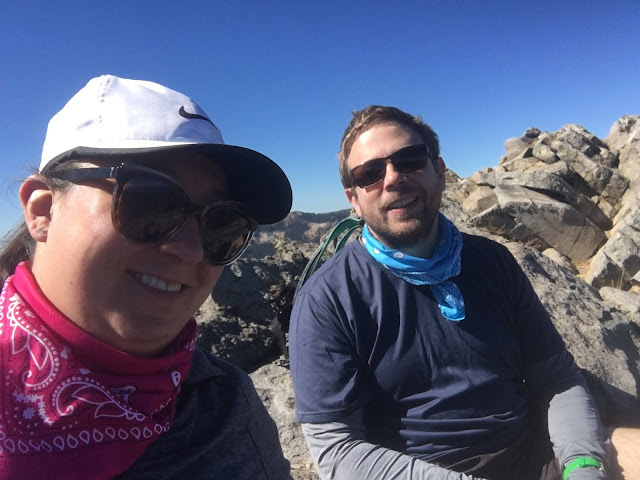 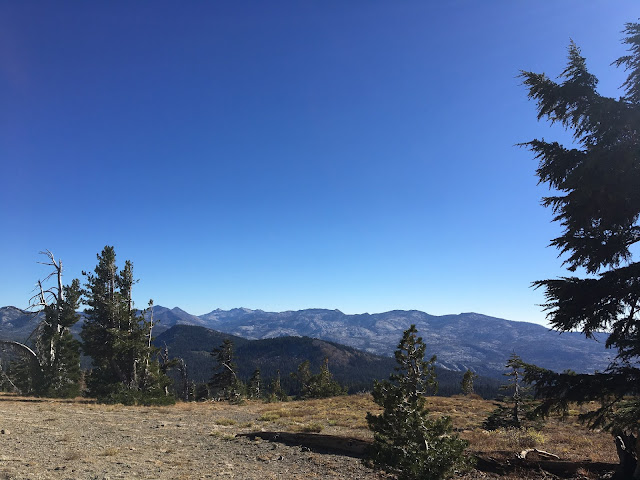 Looking towards Desolation Wilderness and the Crystal Range.

After several years without a dog, we decided maybe the time was right. Actually, we decided we should have done it in March, but better late than never. We started looking around local shelter websites and of the breeds that we were seeing repeatedly, we started thinking maybe a husky could be a good fit. We actually inquired about a different husky first, at Oakland Animal Services, but a savvy volunteer told us we just had to meet Lucas, and the rest was history! 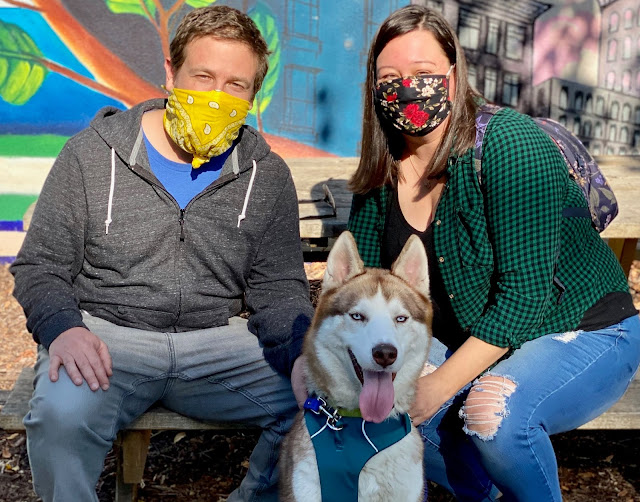 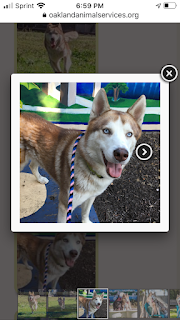 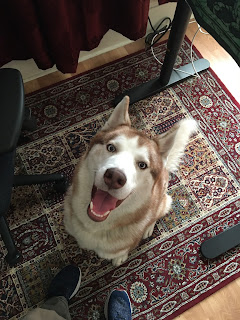 Just as goofy in person as on the adoption website. 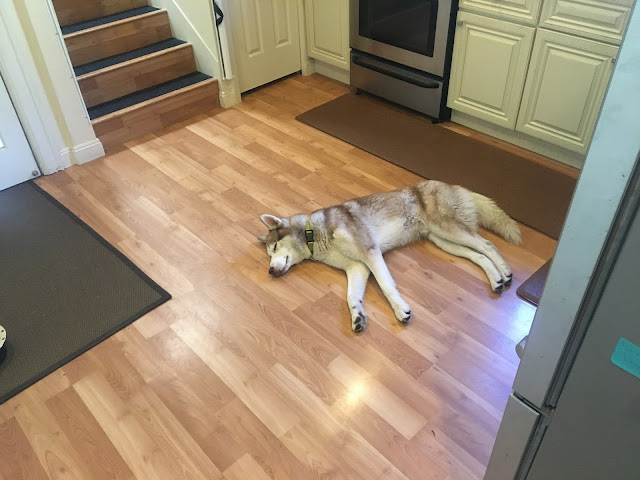 He seems to be settling in just fine....

With original fall Europe trip canceled, a new dog, and ongoing pandemic uncertainty, we weren't quite sure what we could even do for our 10 year wedding anniversary come November. In the end, we kept it low-key with a weekend trip to Russian River wine country and the Sonoma Coast. 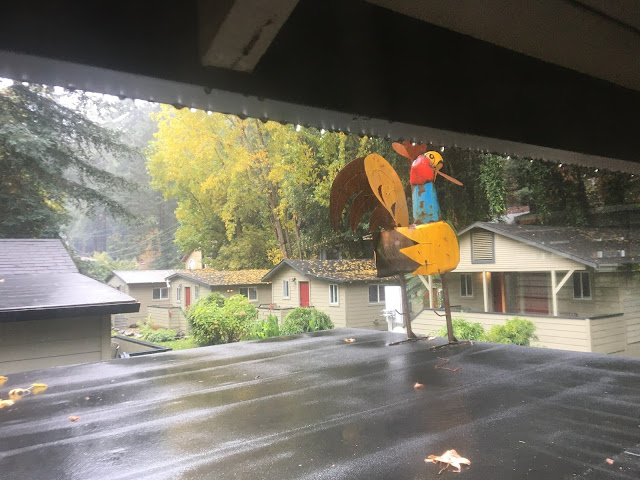 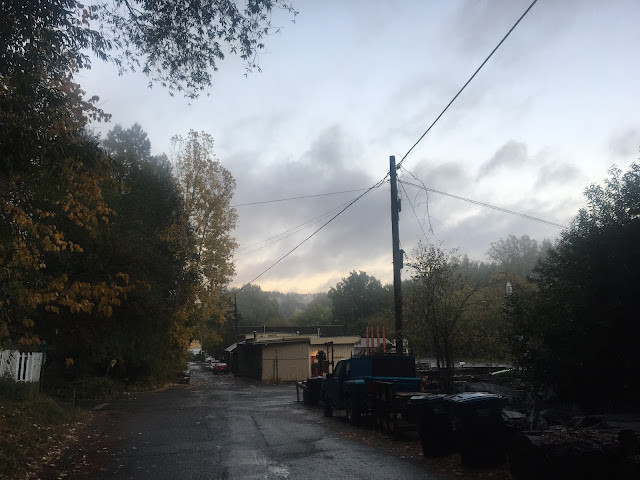 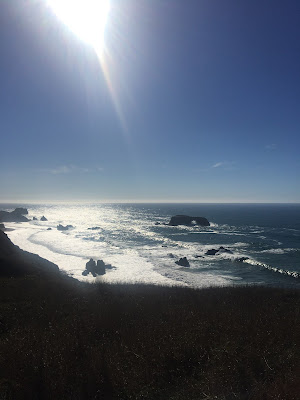 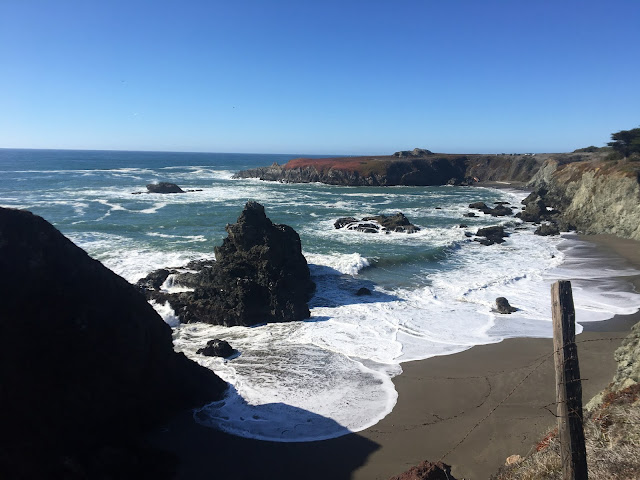 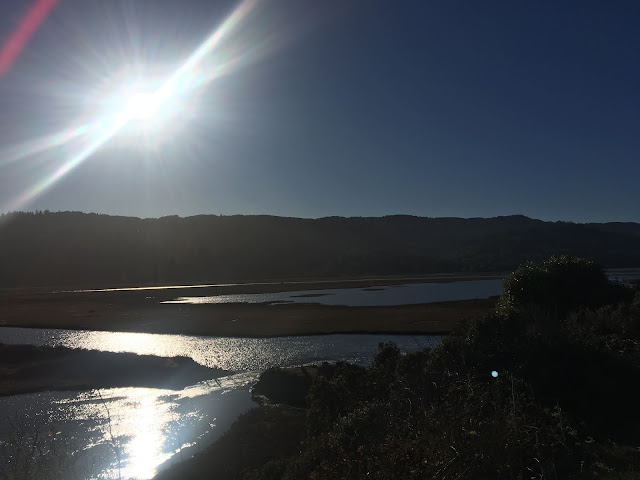 Tomales Bay on the drive back home.

That concludes our recap of the summer and fall of this strange year of wildfire and pandemic. By the time the holidays start to roll around it's clear we're going to be seeing a serious upswing in COVID-19 cases, and thus increased restrictions—meaning an uncertain winter and spring as we look to whether or not we'll even have a ski season....
—Eric
Labels: Climate Change Coast Cycling Doggo Hiking MTB Photo gallery Sierra Nevada Wildfire 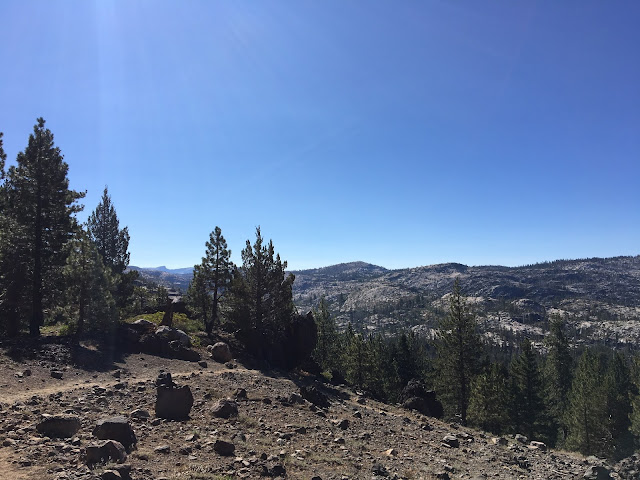